Have fun while training!

Cross the finish line with confidence!! 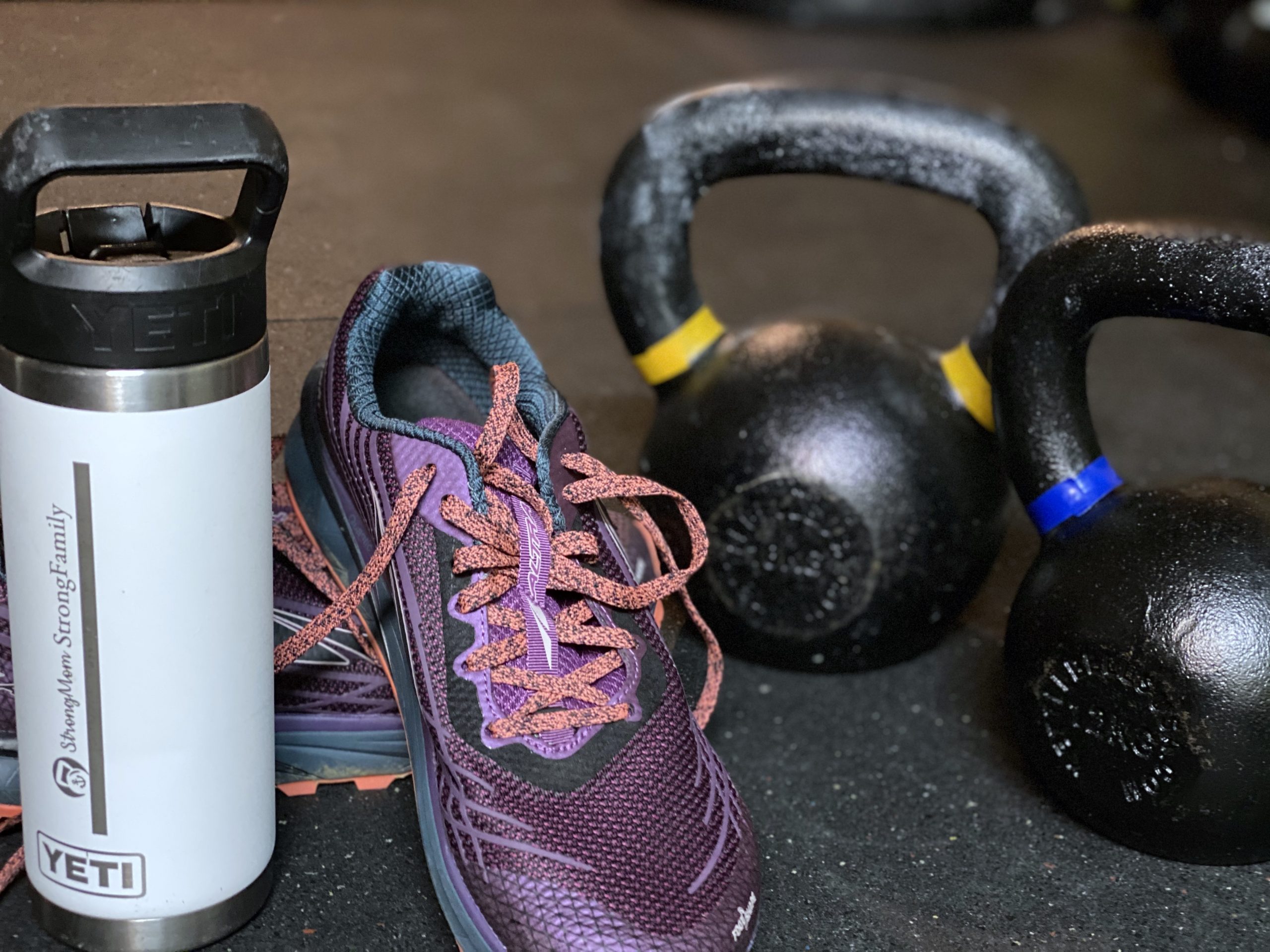 The StrongMom RunClub free group has community, this VIP membership will take that to a whole new level.

Three levels to choose from

I am a runner. But I wasn’t always.

You see, I wasn’t much of an athlete in my teens. I dabbled with running for weightless in high school, but nothing serious.

Then I joined the Navy ROTC program, and I ran way more than I thought a college student should!! So I became someone who runs.

After college, a friend suggested running a half marathon. So I did. I ran my first race. I didn’t train for it. And I ended up in the medical tent with heat cramps, fever, wacky blood pressure.

But the rush of a race day got me. And I had a pretty good time for not training!

So I trained and ran more half marathons. I even trained and ran the Marine Corps Marathon in 2008. Six months of training with good friends. But do you know what I didn’t do much of then? Strength train. And I had a post race injury that took about 3 months to fully recover from. That was not what the downloaded plan from the internet said would happen. 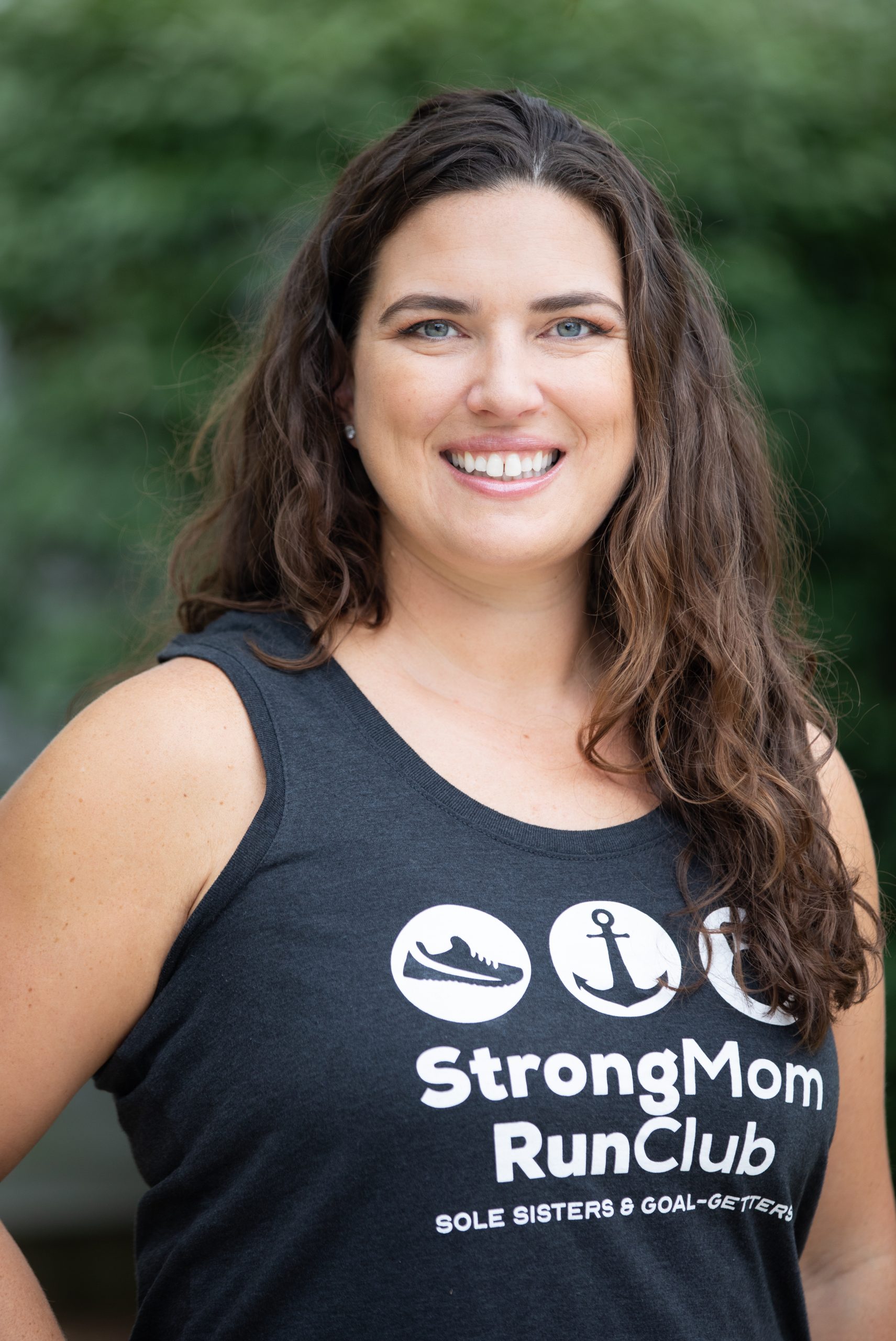 Yet, I kept running. Then in 2012, I ran 3 half marathons in 7 months. I’d love to say weight loss wasn’t my goal, but I can tell you hat weight GAIN wasn’t my goal.  It was stressful period of time in career, putting in long work days, and then 5+ hrs a week of running and I was getting bigger. And I still wasn’t strength training.

This propelled me into kettlebell training. I found such satisfaction moving up a ‘bell size, gaining strength. And this was when I knew wanted to help women reach their health and fitness goals. 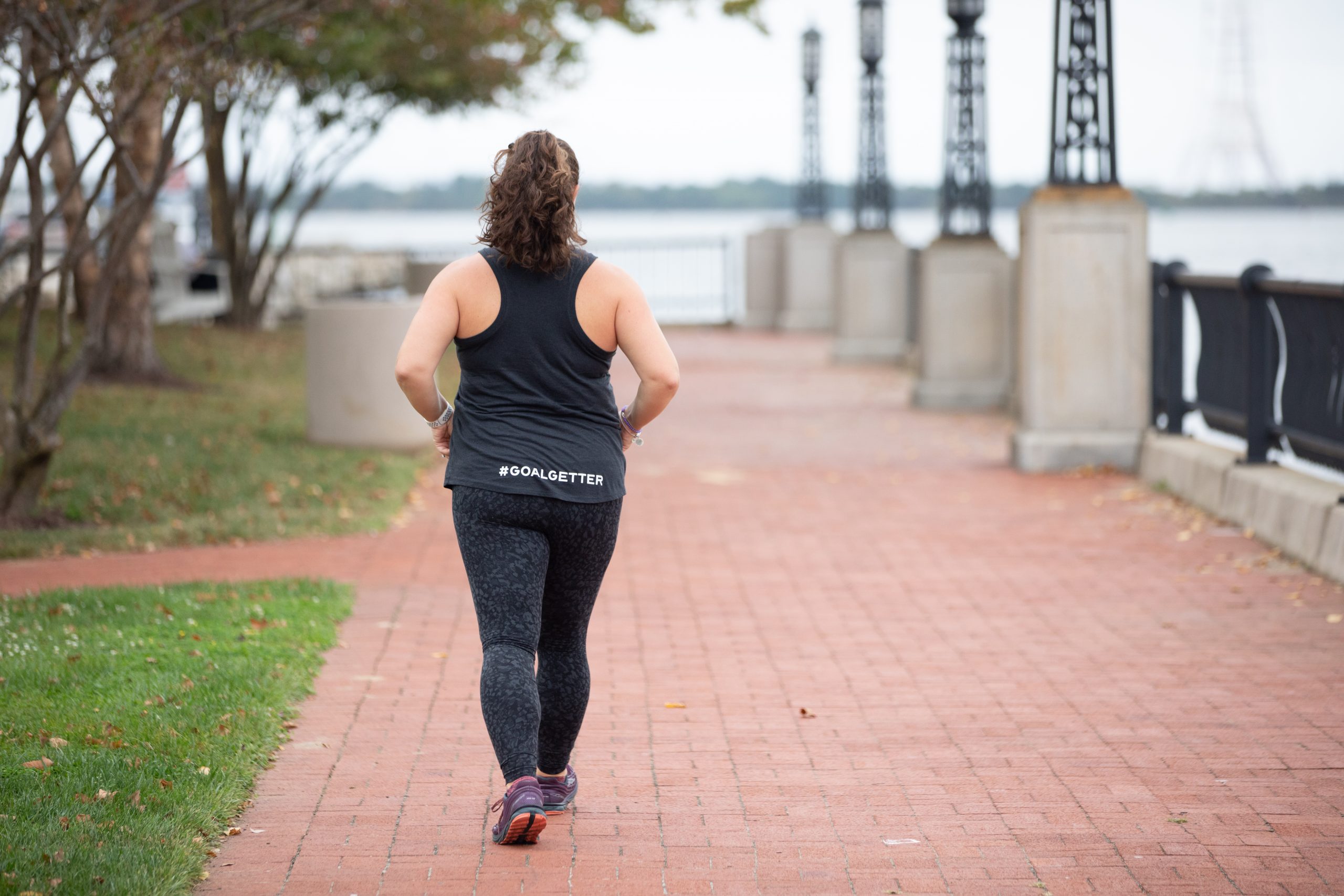 Kettlebells became my primary training method, running off and on for navy fitness tests and that one last half marathon I had already signed up for. Guess what: I had the fastest time on my 1.5 mile run that year, and I tied my PR for a half with only 2 long training runs. The rest was owed to kettlebell training.

I trained and earned my first kettlebell instructor certification. Had two babies in 21 months. And felt the desire to start running again after my second. As a certified Postnatal Fitness specialist, I knew to return to running slowly. So I did.

I AM A RUNNER

What I know now, after more than 2 decades of running:

I started the StrongMom RunClub as a Facebook group at the start of the COVID-19 pandemic. And it is one of my favorite places to hang out. The support for each other, the friendships that I have seen develop, just show how great it is to support each other.

I did sprinkle in some 5k and 10k races in there too over the years too, but the half marathon holds a special place in my heart as my first race distance.  And I completed my first half post-baby in May 2021!

This is the membership for mother runners!!!

Reach that next milestone

No matter the distance

Have fun on the journey

The power of a plan

Unlock your confidence on race day

What you don’t get

Why you don’t need “VIP” status

That random plan you downloaded

should be good enough

You run by the sole of your shoe

You don’t like to be tied to a plan

You are ok with always running the

same 3 miles at the same pace

You are unique. Just your training plan should be. All VIP levels get a customized training plan that fits into your schedule and meets your goals!

Group Messaging, monthly zoom calls, access to Melissa for questions. No need to train alone and wonder what you should do next!

Have fun & run with confidence

There is no reason to do something voluntary in your life it it doesn’t bring you joy! You should enjoy the training AND race day throughout the entire process! 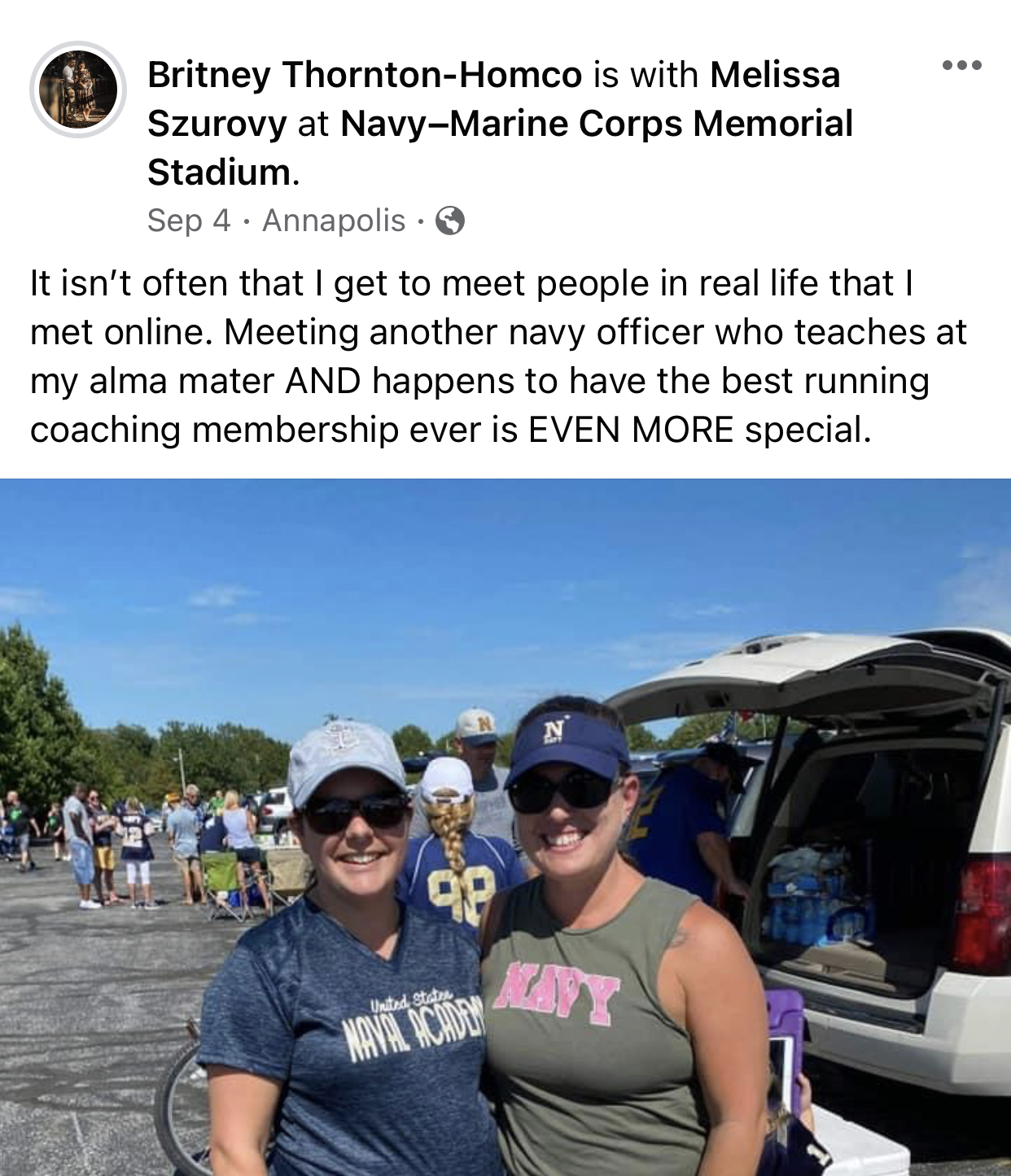 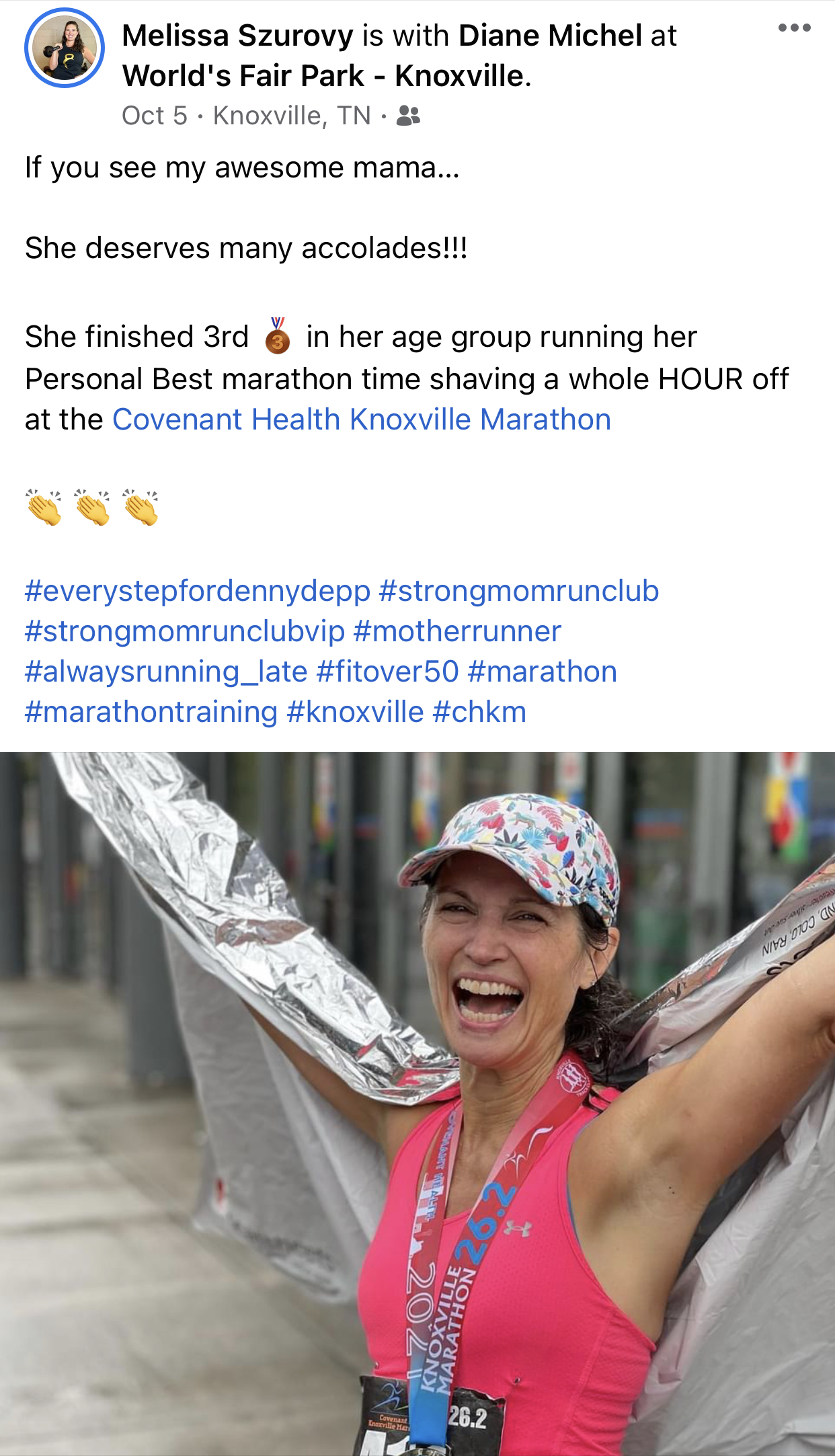 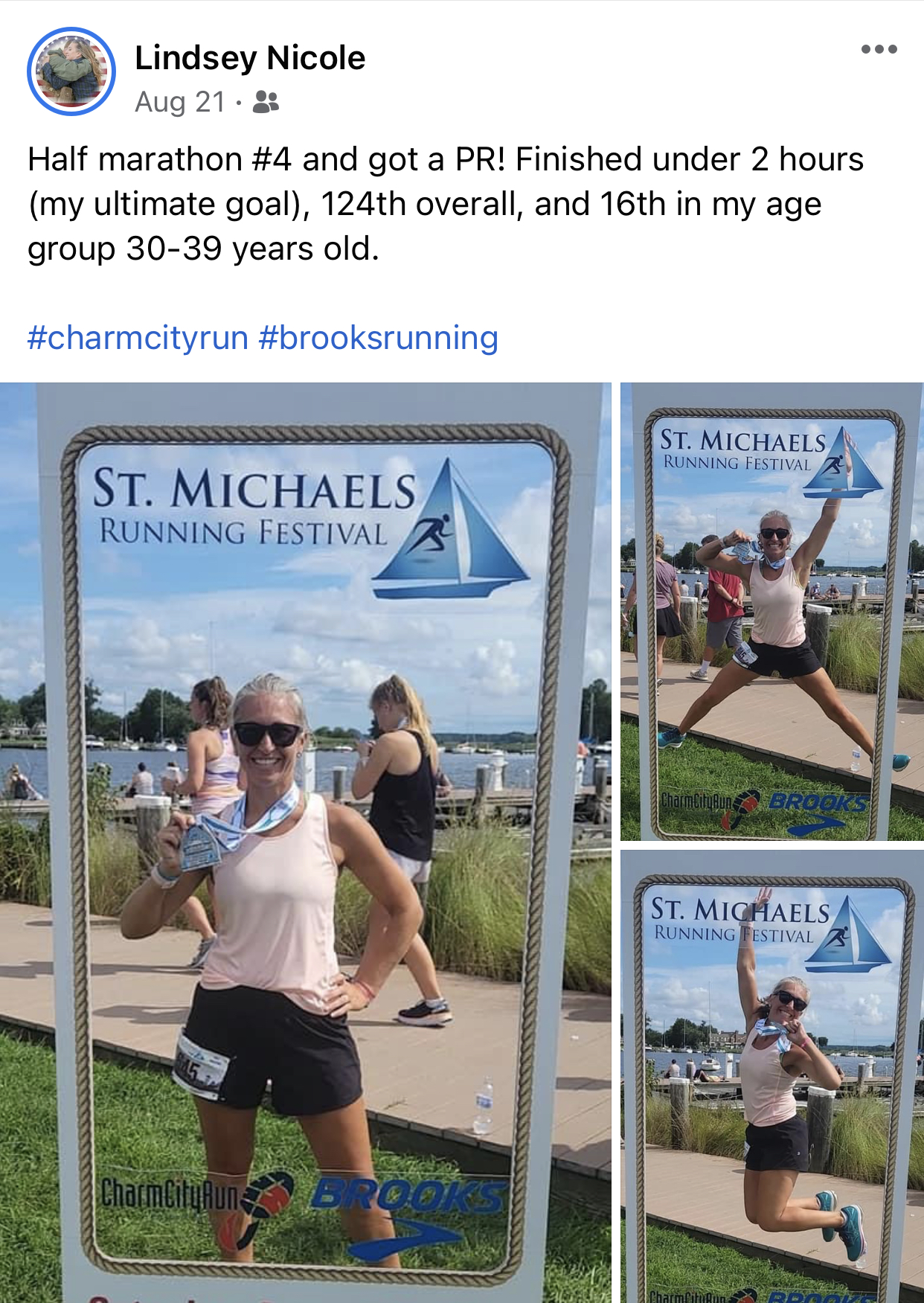 You will lock in these rates for as long as you are a member in good standing.

You can cancel anytime after an initial 3 month commitment.

Options for all runners

$47/month
This is what I need to succeed!

$397/month
I can see myself at that finish line!

Do you want an even better deal?

Get 12 months for the price of 10 when you pay for a year upfront!

Your next race is ready for you…

as a VIP, putting in the work,

and be ready for the next one!

What are you waiting for?

So, what am I getting?

What kind of time commitment should I expect?

Depends on your goal distance, the length of time between now and your goal, and what time you have to train. Witha plan tailored for you, you get to set these constraints!

What is the difference training plan in the Premium and Basic plans?

The Basic plan will give you a specific running plan with your other activities built in, such as strength days and other activities.  You get quarterly 1:1 calls with the Basic Plan.

The Premimum Plan is a specific strength plan (movement/reps/sets), plus the running plan with any other movement integrated. You get monthly 1:1 calls with the Preimum Plan.

Can I upgrade or downgrade my membership?

You’ll be able to change your membership level at anytime for the going rate for that level.

Are there cancellation fees?

There are no cancellation fees after the first 3 months.

All calls will be recorded and distributed via email within 48 hours after the call.

I don't have a race goal per se. Is this still a good option for me?

Your goal doesn’t need to be for a race. It can be a certain distance by a specific date. Or even a faster pace for a prescribed distance. Having a coach to help take the guess work out of your training will help you focus on getting out the door, not what to do!

Training for a race should be an enjoyable process. Let’s work together so you can have fun while you run and cross the finish line with confidence!

I'm ready to have fun while I run!