Why do you run?

I remember the first time I ran in elementary gym class. It was a cold Wednesday morning and very foggy. We were running a mile. I got back and felt like my lungs were on fire. I told my mom, we went to the doctor and I was told I had exercise induced asthma. I was maybe 8-9 years old and already larger than most of my classmates. This did get me out of running in junior high though during the awkward coed phys ed running classes! My next attempt at running which was voluntary, was when I was a teenager. This time the motivation was to lose weight. That’s what my mom did, worked for her, so figured it would work for me. I was around 15-16 years old. Let’s just say that didn’t work for me then. My next reason for running was when I joined NROTC before starting college. They told me I had to run 1.5 miles in 15 minutes. I figured that wasn’t so bad, I could do that. What I misunderstood, was that that was the MINIMUM you needed to stay in the program. When I actually got there, I needed to run the mile and a half at 13:30 minutes, or I was on the remedial physical training list. Let’s just say I was on that my entire first year. Now I started running to keep up. The mile and a half was the testing. We would do weekly command runs that were 3-4 miles long AFTER group calisthenics. (I still can’t stand synchronized group exercises – we all have our own level and speed… ). So needless to say, I was running a lot. One of the marines that ran the remdial PT told me: “The only way to run faster is to run faster”. So began my running training. I was improving, and I started to like it. I graduated college in better shape physically than I started and off to the Navy I went! Well, the Navy agreed to send me to grad school first. So there I was. It was 2003, I was fresh out of college, in grad school, living in Monterey, California, and with perfect running weather everyday I kept running. I would run a mile to the bay, then about a mile along the bike path and turn around and back to my apartment which was 3/4 mile up hill (no joke) ⛰ This is when I ran my first race, which was a half marathon, 13.1 miles. Yes my first race EVER was a half marathon. Also, if you haven’t realized, I was not an athlete in high school or college. One of my first grad school friends was running a half marathon and convinced me to join her. We did a 10 mile run a couple weeks before the race, and I figured I was good 🤷🏻‍♀️ Didn’t even have the pre-race, ah-hem, issues 💩🙃 that I got with EVERY OTHER RACE half I ran after this! This pic was taken by my first post-college friend, eventual roommate and the one person who has been to the most of my homes with all the Navy moves. She snapped this pic just moments before crossing the finish line of the race that would hold my PR for years (I’ve still never had a sub-2hr half, and that’s ok). So there I am, in the cotton race shirt, not hydrated, finishing my first half marathon. After the finish line, I found myself on a cot in a hospital tent. Vomiting the Gatorade, overheated, BP 170/40 or something off the charts like that. Lessons learned: never run in cotton, never run in the race shirt, train for your goals, but dammit set those goals and the progress you make toward them will be a success! One of my reasons for running back then, was for weight loss. Fast forward after finishing a full marathon and ~10 more halfs, and I was bigger than I was when I started distance running, and I finally got a new PR. I was so discouraged but the lack of progress. After conversation with my command fitness leader, he suggested lifting. Now by this point, I had 10, 15 and 20lb kettlebell and I thought I was pretty badass. He kinda laughed and was like “that’s a start, but lifting HEAVY weights is what will help you”. Being the avid reader that I am, I looked for a book on kettlebells, by Lauren Brooks and lo and behold, her studio was 45 minutes from where I lived. I trained with her weekly and I knew then I had found my calling. I wanted to be a kettlebell instructor. After a deployment, a couple of babies, and a few years, I have refocused that calling into helping busy moms get STRONG. Now I track the numbers on the barbell or the size of the kettlebell, not the numbers on the scale. Watching THOSE numbers increase is a great feeling. And you don’t need to spend hours a day in the gym. Less than 90 minutes per week of strength training and you will see a change in yourself. It’s time to prioritize YOU! So now I run WHEN I WANT TO. I do try to get in 2 runs a week, usually less than 6 miles total, to maintain for my semi-annual Navy fitness test, but I do not stress over it if it doesn’t get done. I also have no reason to run when its 100+ degrees outside or below 45 degrees. I do something else on the extreme weather days. I have enjoyed several 5k fun runs over the past year. I often wonder if I will ever do a distance run, and to be honest, I don’t know. I don’t ever say “NEVER” but for right now, I’ll keep my training short and sweet to enjoy this time with my littles. 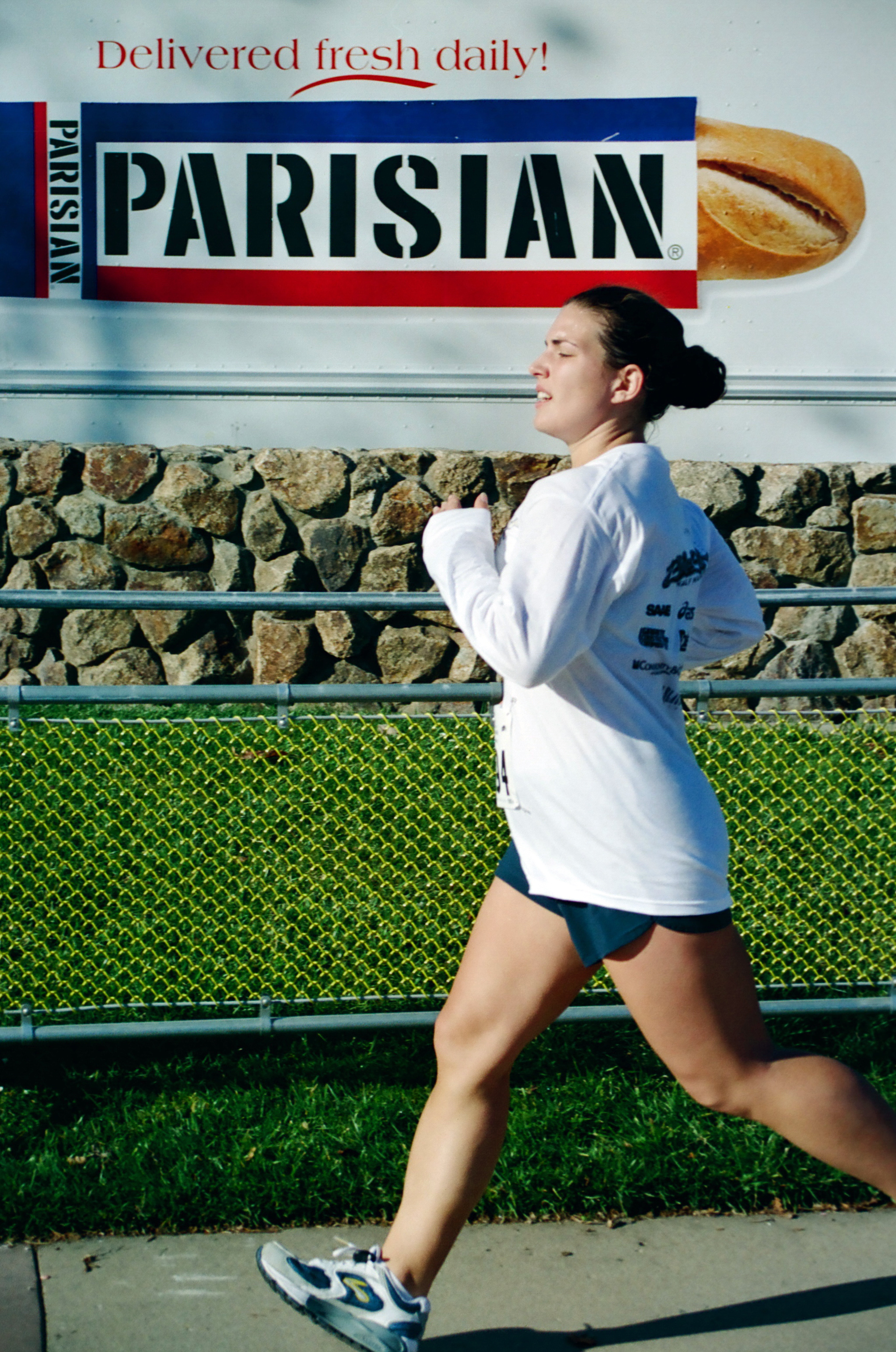